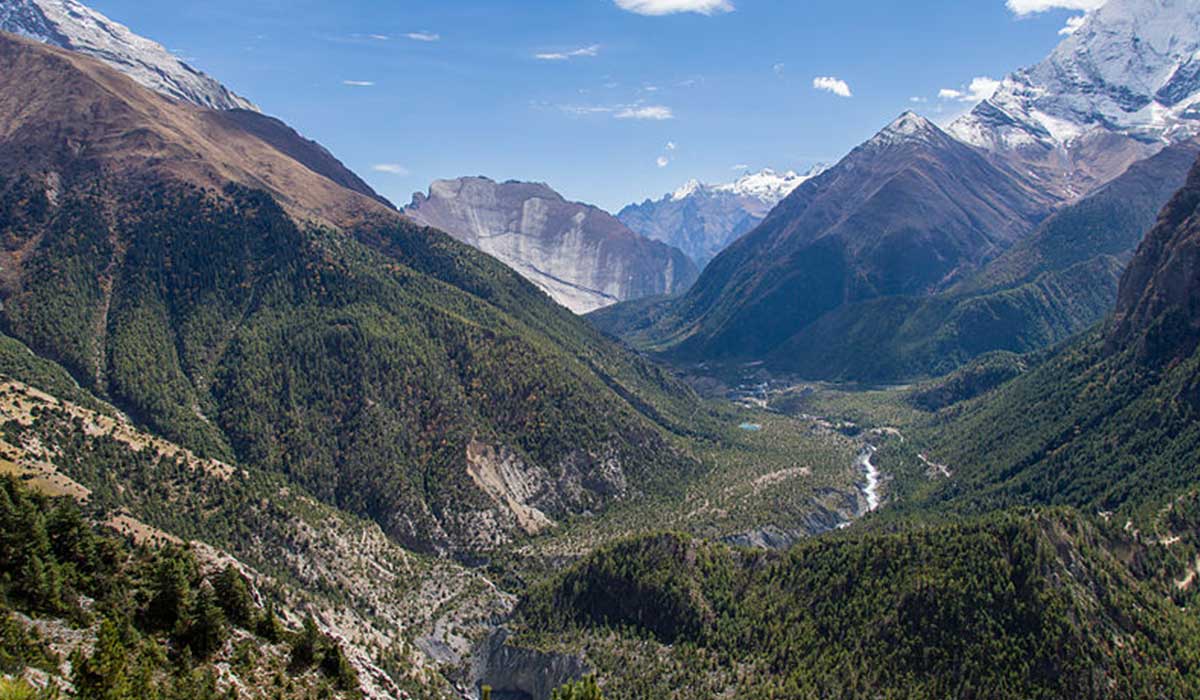 No hike in Nepal prepares mountaineers quite like Annapurna Circuit Trek. It enfolds everything from soul-stirring landforms to steep terrains and vast green meadows. The timeless old rugged trail has the coolest view to offer with a range of snow peaks and forests.

Starting from a plain surface, then a jagged route and miles away to the world’s highest pass, Annapurna Circuit Trek covers it all. If that wasn’t good, it also offers delightful weather at a given period of time.

Annapurna Circuit Trek weather and Temperature keeps on changing with every place, and season. So, it’s quite tough to come with one kind of weather or describe how the climate is at the circuit.

Autumn and Spring have by far a refreshing atmospheric condition with sunny days and bitter nights. The month that’s next to winter is slightly colder than the preceding one in autumn but still bearable.

Meanwhile, Monsoon and winter have the least number of visitors, following its severe weather. The month during the season sees its worst Annapurna Circuit Trek weather and temperature that makes trekking unachievable every so often.

In winter, the climate at the circuit can be below -20 Degree Celsius which is unbearable. Even the trail at height experiences a heavy snowfall which compels the trekker to postpone their trekking.

The weather and temperature at Annapurna Circuit Trek is dynamic but not constant. It alternates with the changing season and causes the view to characterize. The gradual rise and fall of temperature steer the weather, making circuit trek easy and tough at times.

Autumn indicates the trekking season in Nepal with warm days and a bit cold night. Weather is often calm and comforting but varies each month. At the start of August, there is occasional rainfall coming from monsoon which soaks through the land.

By the end of the month, several parts of the region start to heat up in the day. Surprisingly, mornings are still crisp and beautiful with mild weather to relish. After drops of rain washing the dirt, September offers a clear view of vibrant valleys and mountains.

Trail making its way to the circuit is filled with fall foliage from orange to tinted red and yellow. The color of autumn seems to uplift the energy and bring a positive attitude among trekkers. As October makes its way into the region, trekkers may feel less warm even during the day.

Morning and nights become cold day by day with winter just next door. Coming towards the end of the month, trees in the forest barely have their leaves on. Trekkers can even witness snowfall at high altitudes and even cool breeze moving from the mountain in the last few days. 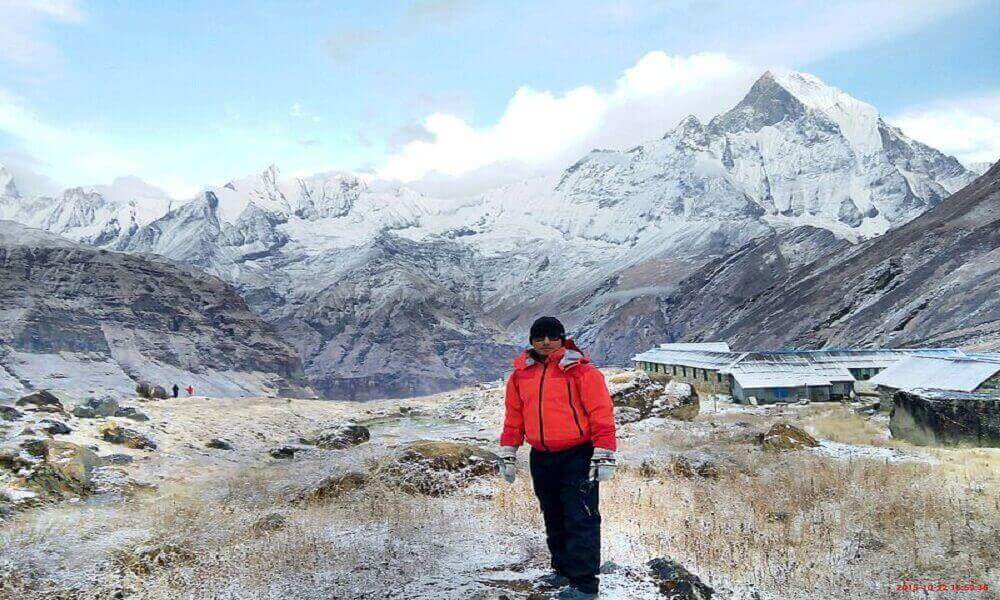 Another prime season for trekking, Spring overall has delightful weather with splendid views. The season usually starts from mid-march with the temperature steadily rising after winter.

Knowing that trekkers might still want to pack warm clothes since snow effects can be seen in varied places. After March, there is a seasonal warmth in the air with sun-filled days. Trees in the forest including oak and pine start to regain their leaves as winter comes to an end.

Adding the beauty of Annapurna region is full-bloom rhododendron, filling hillside forest. As the temperature soars by mid-April, trekkers will have to beat hot days to reach the circuit. Expect the temperature to rise slowly from the month as it approaches blazing hot summer.

Weather in May is quite summerish with a tropical climate fueling hot days. As spring is near to over, there is excessive humidity in the air which can create slight trouble. Other than that spring season is wonderful to trek and sightsee the astounding snow peaks at Annapurna Circuit.

Winter is arguably not the best time for trekking in Nepal. That being said hikers can yet do it by taking preventive measures. December often calls for the winter season in Nepal with frosty mornings and nights.

As the temperature starts dropping dramatically, much of the place endures a cold climate. A gust of wind blowing from the mountain over and again reminds trekkers that its winter and hiking is going to be tough.

The month unfolds a nostalgic autumn essence with a bitter atmosphere. January being coldest of the month has unbearable weather with temperature sinking below minus.

Regardless of that, hikers can still make their own fond memories along the track under fresh layers of snow. Trekking via Thorong La Pass is tremendously difficult and seldom impossible in January with heavy snowfall.

Dawn in Annapurna Circuit during the month will be misty with fogs looming out of the darkness. After everything, the weather is again to witness warm sunshine with the start of February. Annapurna Circuit Trek weather and temperature have a mixed taste of autumn and winter in February.

At the beginning of the month, there’s a wintry climate while the end of the month experiences a broken light of day. Days are chilly but clear and pleasant surrounded by spring weather. 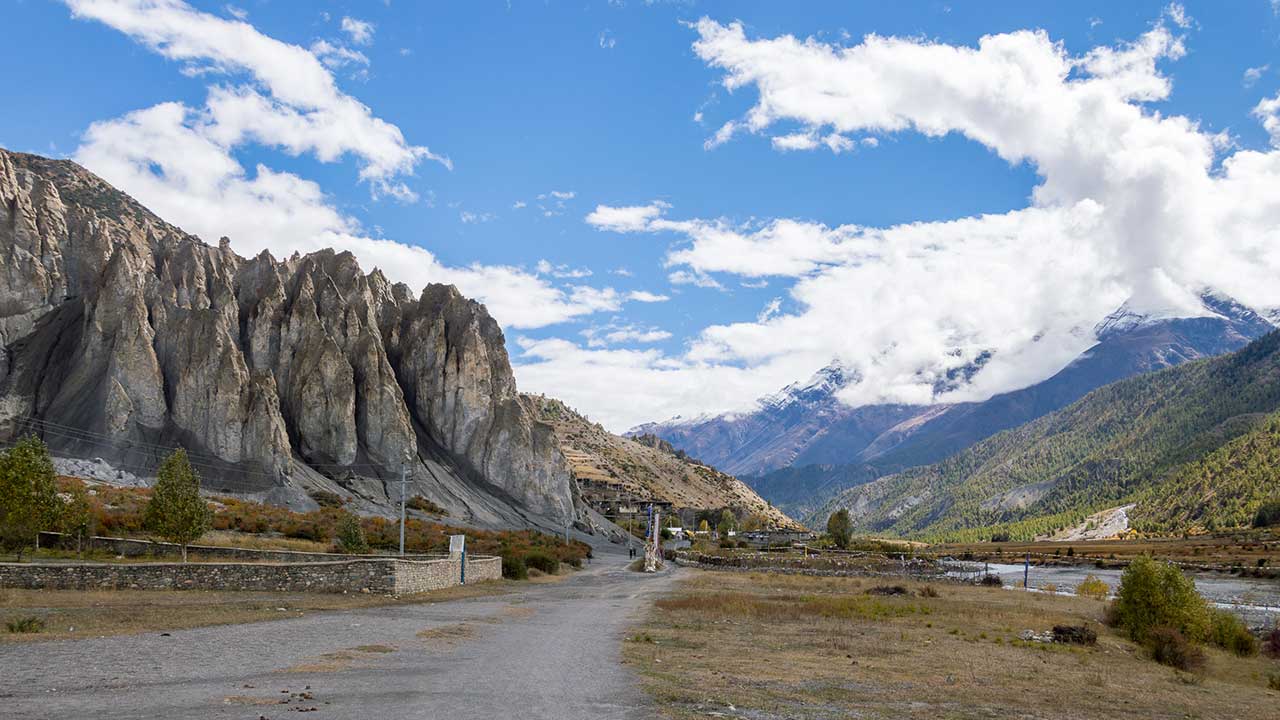 Monsoon has never been a close ally of trekking in Nepal. No matter how the trek routes in the Himalayas are, it always puts hikers in an inconvenient situation. During monsoon, trails of Annapurna Circuit are damp with puddles of rainwater and debris.

Starting from June, places along the route encounter occasional rainfall that’s hard to forecast. It rains heavily in July causing the trail at lower south to be muddy and slippery. Trekkers at Annapurna circuit have to deal with strong monsoon wind coming from the bay of Bengal that brings rain with it.

Lighting strikes and heavy rainfall is normal and happens so often in hills. Meanwhile, at high altitude, the rain falls as snow, covering the entire trail. There is more humidity in the air during monsoon due to extreme heat in daytime and rainfall at night.

The temperature at Annapurna Circuit varies based on which time of the year you’re willing to visit. Normally, the weather below the circuit is gratifying with beautiful daylight that sticks around for quite a while.

But temperature keeps changing even then with different seasons making its way in. Days in summer are hot with temperatures rising all-time high. Similarly, in winter, the temperature gradually drops in Annapurna Circuit reaching below zero Degree Celsius.

The temperature at Annapurna Circuit Trek in Autumn

Autumn definitely sees a spike in visitors compared to the rest of other seasons. For this, it owes to favorable weather and temperature of the Annapurna circuit that doesn’t change drastically.

For almost 2-3 weeks, September endures low temperatures as winter keeps wandering all across the region. October has terrific weather and temperature that ranges from 7-8 Degree Celsius at night.

The temperature of Annapurna circuit trek during autumn is 15 Degree Celsius on average. Reaching a high altitude like Thorong La Pass, the temperature tumbles down quickly. 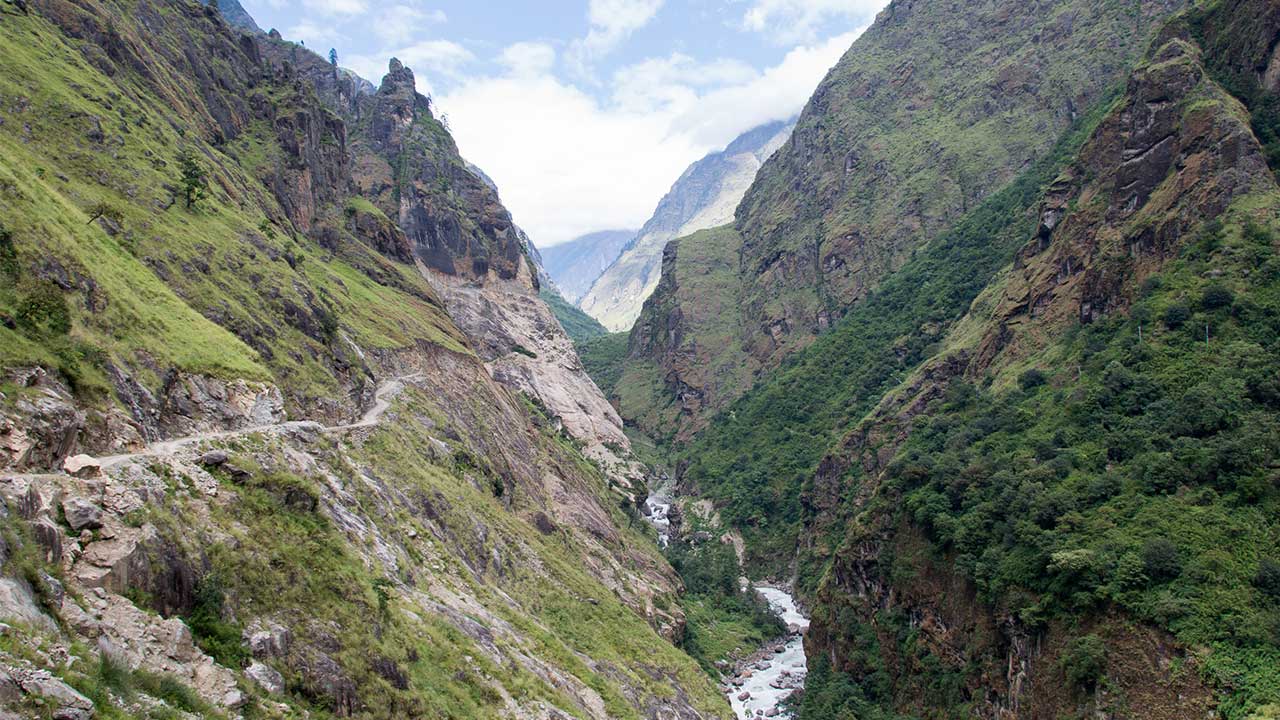 Spring has maintained a high standard in terms of Annapurna circuit trek weather and temperature. It’s for the tranquilizing atmospheric condition of spring, so many trekkers do the circuit trek throughout the month.

Spring has relishing weather with nice moisture in the air. As the season comes right after winter, there’s less humidity in the air. Skies are bright and clear in the season, offering spectacular views of mountains and diverse landscapes.

Stoke up by rising temperatures of up to 20 Degree Celsius, days are hot in spring. Most places around Muktinath are dry, receiving little or no rainfall. Higher altitude like Thorong La Pass has a temperature at freezing point.

The temperature at Annapurna Circuit Trek in Winter

The temperature during winter is more frigid with heavy snowfall that coats the trek route. Hikers will have to walk on crampons on the greasy trail since relying on a climbing boot is unrealistic.

Weather in early November is still fine with temperatures ranging from 2-3 degrees celsius. But thereafter it steadily falls and reaches minus from the beginning of December. The average temperature at Annapurna Circuit trek in winter varies from 5 to 10 Degree Celsius at foothills.

As trekkers scramble far up, the temperature starts to fall off reaching a minimum -20 Degree Celsius. So if you intend to trek up to the circuit, pack a synthetic insulated sleeping bag that can resist cold climate.

The temperature at Annapurna Circuit Trek in Monsoon

June celebrates the arrival of Monsoon with light rainfall and thunderstorm at a lower elevation. But as days pass, the trail on the way to Annapurna circuit counters heavy rainfall that sees a drop in temperature turning on right from summer.

The temperature at Annapurna Circuit Trek in Monsoon is around 15 to 25 Degree Celsius. It drops little by little as trekkers ascend the steep hills and terrains to arrive at Thorong La Pass.

During the season, almost 70% of the total annual rainfalls over the land. Possibilities of mudflow and rockfalls always remain high during monsoon in lower regions.