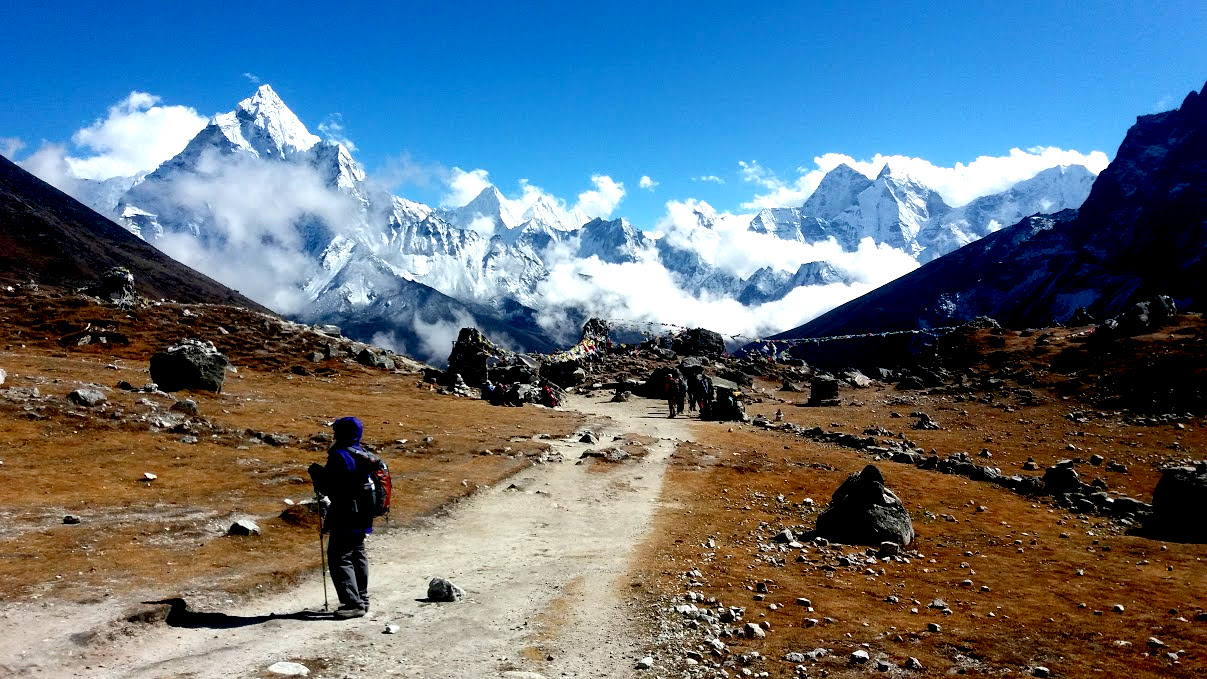 People are less scared these days. They are killing their traditional way to spend their holidays and are fascinated

towards adventures. The never give up attitude is growing amongst everyindividuals and the are ready to do whatever it takes to pursue their dreams. On the way to Everest base camp trek you can see lot more examples of the determination of the trekkers. On the way you can listen the trekkers talking about their swollen legs, the hardships they faced, fitness they lacked but at the end of the trek they are the same trekkers watching at Mighty Everest with eyes full of tears and saying it was all “WORTH IT” .

The trek to Nepal especially to the base camp of the highest peak in the world, Mount Everest is always on the bucket list of every self respected mountaineer. Everest is an absolute beast. The monster we say. Everest 2017 has also shown up with few victories and shadow of tragedies.

We here from the country of Everest grieve the sad loss of an inspirational climber and a kind man Famed Swiss climber Ueli Steck. Climate in Everest region changes in blink of an eye and the dangers are in every step. Once you plan to trek to Everest the first and foremost thing  you need to do is choose a reliable trekking company with experienced guide who can stand by you in your thick and thin on the way to your dream trek. Trekkers  have to go through a lot of physical and mental stress on their way as they are  on the route where anything can happen anytime and you need right one beside you to guide you in proper way if in case  you are in trouble.

Everest Region is one of the most happening places in the entire world. Every year records are being made. Sometimes you get to know about the kids of 5 and 8 years old making to the base camp and this year  Influential British DJ Paul Oakenfold reached Mount Everest’s base camp and  hosted the “highest party on earth”, performing a set at 5,380 meters which is remarkable. The growth of the experiential travel sector is being driven by a number of factors – not least, people are more and more leaning towards experiences versus stuff, and I think that’s definitely driven more people towards travel. An even bigger driver seems to be the fact that adventure travel is now considered safer and more affordable than it was just a few years ago. That’s something that Subash, CEO at Exciting Nepal agrees with and, interestingly, he puts this fact partly down to the influence of social media:

“The social revolution has certainly contributed to this, as people can almost sample a destination before they set foot on a plane.” Subash seems to have a point. What was once the utterly unknown – a mystery to be pierced only by the most intrepid of travelers – is now accessible at the click of a button? A scan of Google Earth, a photo on Facebook or a quick scroll through a blog post can bring the most remote corners of the earth to the fingertips of a budding traveler on the hunt for their next big holiday. It’s not just social media driving the change.

From TV documentaries to Lonely Planet travel guides, trips previously considered adventurous, daring or dangerous are being firmly drilled into the mainstream market – the very demographic that was the driving force for package holidays for so many years. Exciting Nepal catering to that market and creating interesting, customized or unusual itineraries are therefore thriving, and their Everest base camp trekking itinerary  are cropping up rapidly to get in on the game. Safety has always been Exciting Nepal’s priority .Mr. Smith, who suffered from attitude sickness went back to Virginia after few days of treatment in Kathmandu promised to be back to Everest on year 2018,

seemed very emotional when he was talking about his local Sherpa guide, the way he was taken care of and his rescue via Helicopter despite harsh climate from Ghorakshep managed by Subash.