About Everest Base camp trekking route.

The complete Everest Base camp trekking route distance is in about 130 KM / 81 miles more or less. Which is fly to Lukla and fly back to Kathmandu from Lukla. This 130 KM trekking route can take thirteen to fourteen days to trek more or less However, many trekkers also start the Everest base camp trek via Jiri / Shivalaya by bus which takes more day as well as more distance. 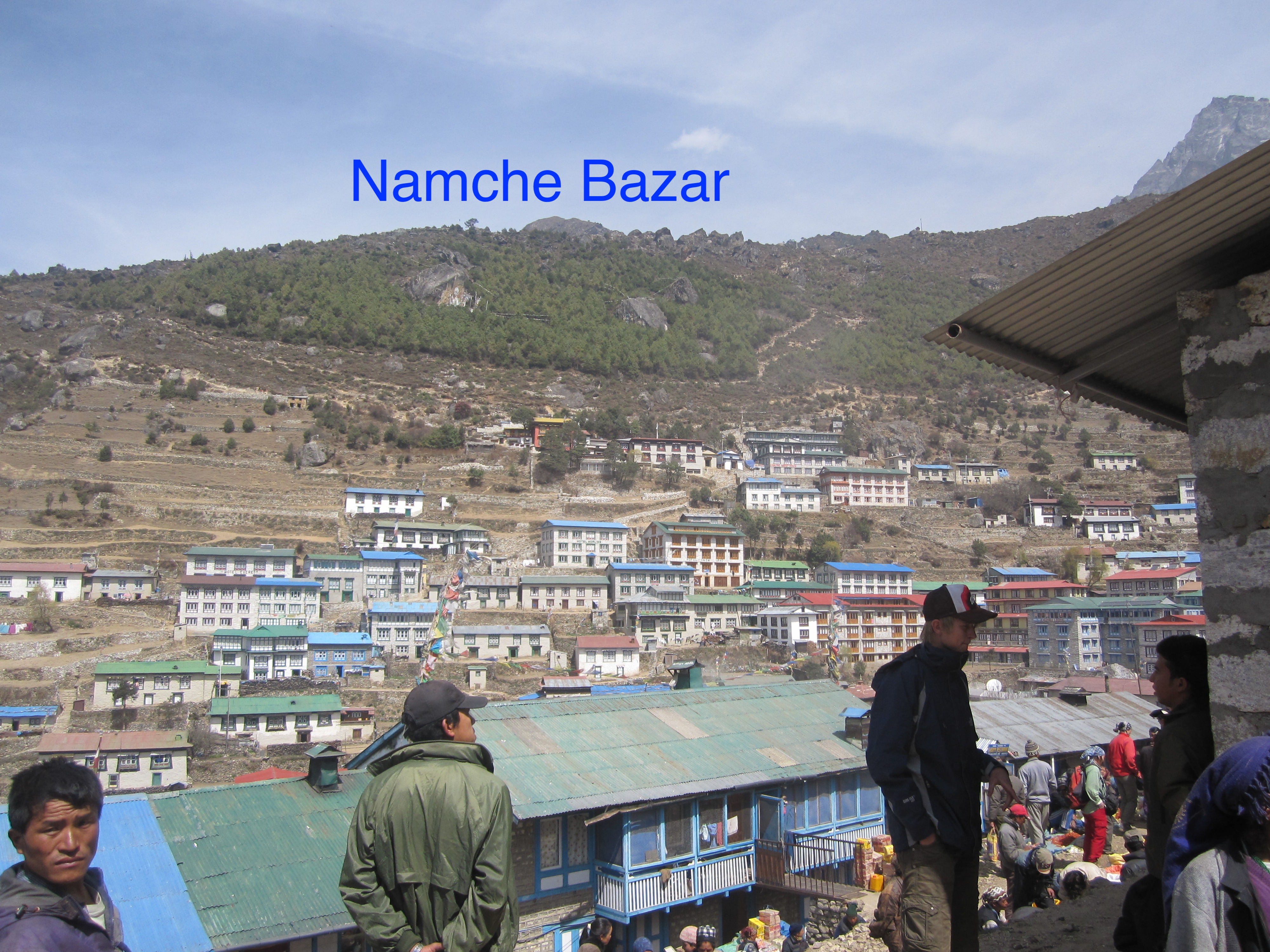 This route is one of the most popular trekking routes of Nepal Himalaya, commanding the exciting views of Lothse ( 8516 MTRS ) and Nuptse  ( 7855 MRS ) not to mention  that Mount Everest 8848 Mtrs the world hights peak called Mt Everest which is also called as Sagarmatha in Nepali and Mount Chomolangma in Tibet., The Everest Base camp Trekking route starting from Lukla this course goes through Namche Bazar ( Market ) and visit the Gompa , Monastery in Tyangobche. Namche Bazar know for its open air bazar and as the home town of the Sherpa people. The gompa is in Tyngaboche monastery is a head monastery of Tibetan Budhisim. There is another monastery in Pangboche which Is as town further interior , and all will observe the religious life of the mountain people. From Lubuche on, trekkers will be trekking in the glacier area and after visiting the belvedere in Kalapatthar ( 5555 MTRS ) you will finally reach Mount Everest Base camp ( 5350 MTRS )  in the remotest point of the Khumbu glassier.

Trekkers always have beautiful scenery, gorgeous mountain from each and every corner, an Amazing culture of Sherpa people.

past colorful prayer wheels and across swing bridges straight, mix of natural beauty, attractive culture and a personal sense of accomplishment, as well as warm Nepalese hospitality from the people of the Khumbu region all makes the Everest Base Camp trek one of the world’s most memorable trekking route in the world.

How I can trek into Everest Base camp trekking route? 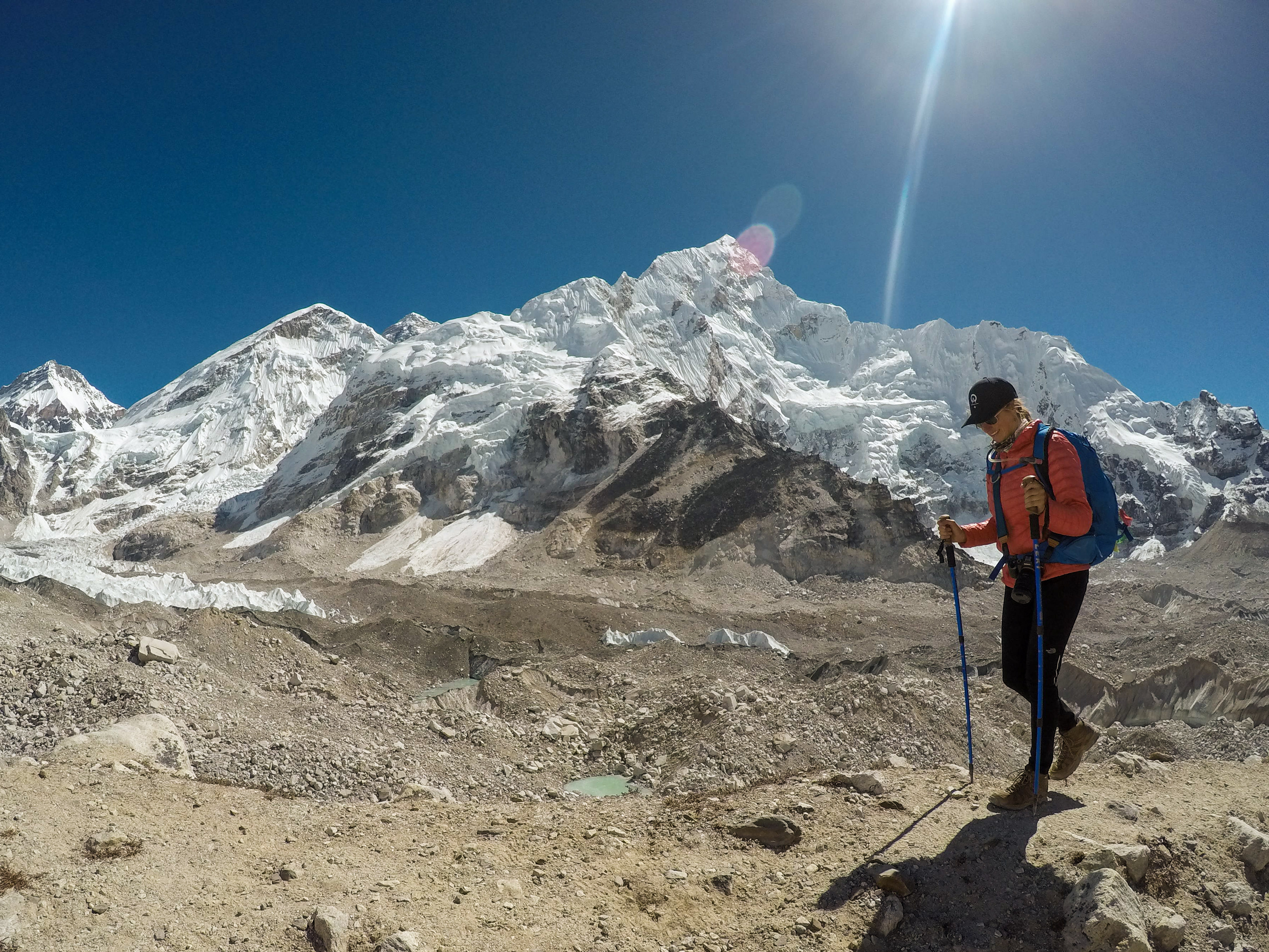 –It is suggested to the trekkers registered wit the government registered trekking company of Nepal.

-Take at least a license holder guide or a porter.

-Make sure that you do have normal medicines for the normal treatment.

-Trekkers should read and have an idea about the altitude sickness.

-Must have to have permit and all needed documents.

-It is also suggested to the trekkers to have a travel insurance before trek into the Everest base camp trekking route.

-Pease take warm clothes as well as good trekking boots, make sure that you do have warm sleeping bags and down Jackets – 20 DC. More or less.

-Stay helthy and safe during the trek.

Food and drink are available easily on Everest Base camp trekking route. Tea houses for the accommodation is also available during the trek on Every camp side, however in   Lobuche and Gorekshep, there are not so much choices of the Lodge and tea houses due to it is remote place, The price of foods and drink are also go up whenever you trek up due to its transportation, it is all carried by porter , Man, there are no road transportation and access of road. In place like Namch, Lukla, Tyngboche, and few other camp sides the luxurious hotel are also available  which comes with attached  bath and hot shower with heating facilitates, Basic and normal tea houses lodge are available in every camp side as well, It is suggested to the trekkers to carry the water purification tablets for the drinking water or UV filter or  Boiling water can be also available to buy.

Most tea houses has  a set  breakfast on their food menu which comes with two toast, eggs, potatoes, and tea or coffee.

It is also suggested that not to take any meet items during the higher side of the trek because it all carries from Lukla and most of the time it is old.

Entrance of Sagarmatha National Park can be arranged from the government authorized trekking company in Nepal. The cost for Sagrmatha national park fee is 3000 NRS  +13 %  tax which is more or less, 34 USD per person,  TIMS card is also needed for the trekkers which is 2000 rupees (about $20 USD) for a Free Individual Trekkers (FIT) card and 1000 rupees (about $10 USD) for a Group Trekkers those who hire a guide or porter but since ( October 01 , 2017 )  local tax 2000 NRS ( 20 USD ) has been  applicable for all trekkers and TIMS card is not strictly checked and many trekkers and company avoid to purchase  a TIMS card in Everest Base acmp trekking route.

Best time to trek into the Everest Base camp trekking route. 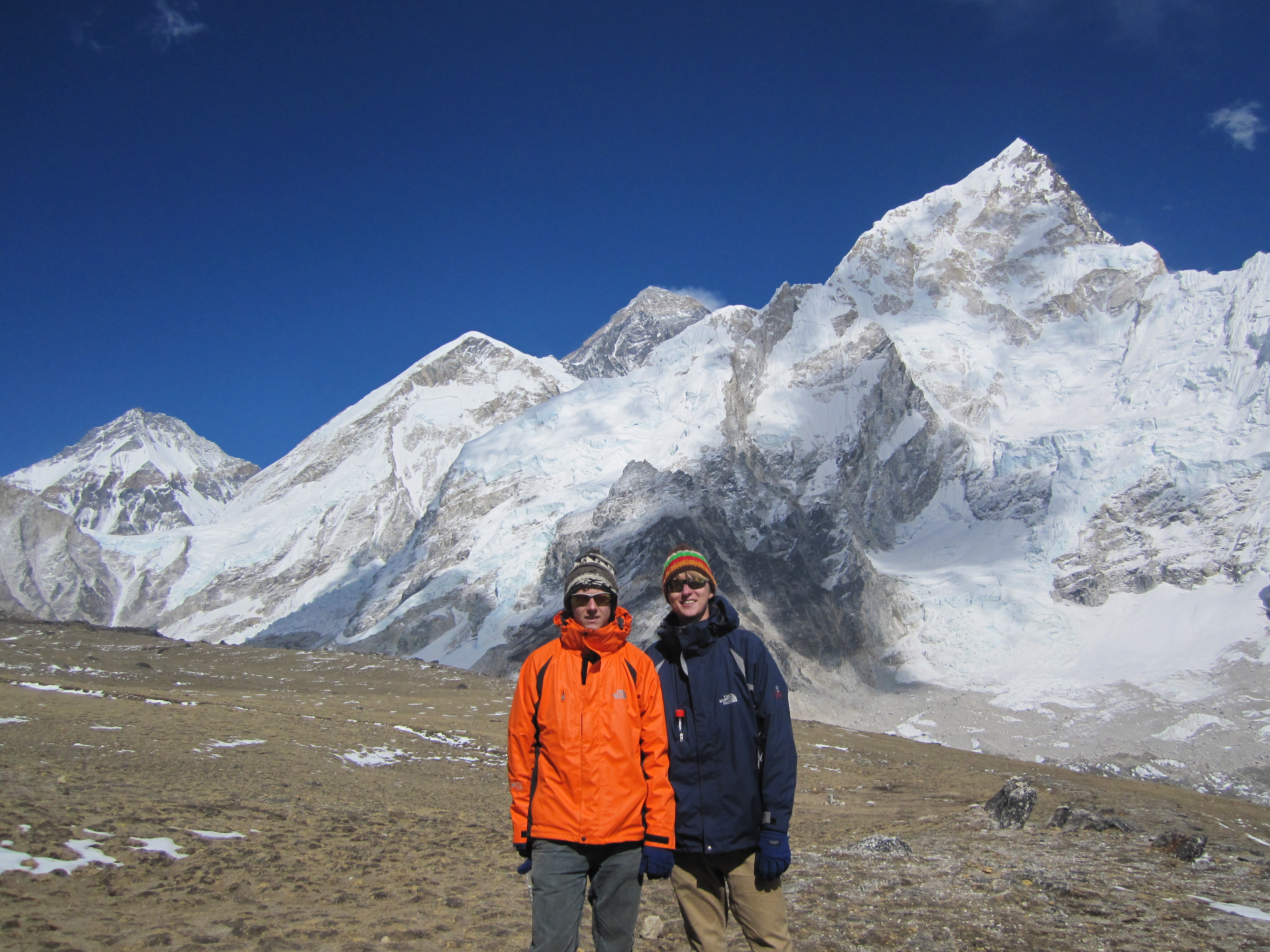 Trekkers can trek in Nepal at any time of the year. However, each season in Nepal distribute a different observing landscape, the most popular times with optimal trekking experiences are divided into two best season. The first best season of the year is between late February – March – April (Spring) , The second peak season of the year is between late September – October – November (Autumn) The other seasons in Nepal include » November – December – January – February (Winter) » May – June (Summer) June – July – August – early September (Monsoon).

From March to May and from September to December. It gets hot in May, just before the monsoon season; be prepared for possible rain. December reaches below-zero temperatures but the days are still beautiful and there are fewer trekkers.

The first and best itinerary is: https://excitingnepal.com/trip/everest-base-camp-trek/

08 Trek from Gorak Shep to Kalapathar (5545m). Trek down to Phireche

11 Trek from Manjoo to Lukla

12 Fly from Lukla to Kathmandu.

However, there are many other alternative routes are available.