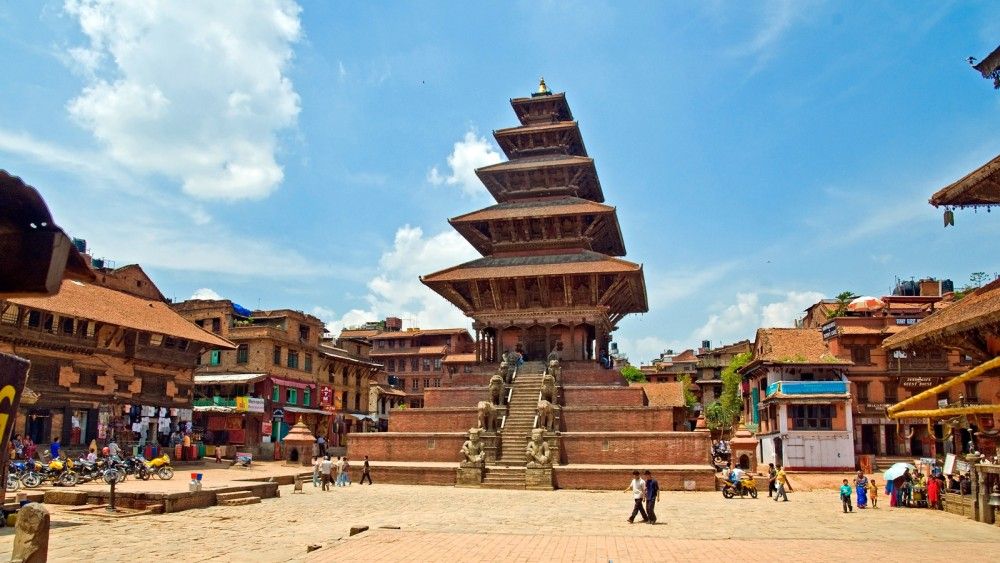 It was back in the day when Nepal wasn’t looked at with greater importance. But thanks to the diversified culture, untold history, and snowscape that has put the country back in the frame. With more people visiting the country now, curiosity has developed amidst countries to know about the facts of Nepal.

So far, everything that Nepal boasts, be it fabulous landscapes, the existence of mountain ranges or size of the country seem to fascinate travelers. They find it interesting as well as inspiring as there is always more to every fact.

As of now, many travelers have already explored a greater part of Nepal while some have just started. For those who have walked around the corner, they have surely come to know some of the fun facts about Nepal.

But since the Nepalese history is too long, there is always more to learn about the country. To your convenience, we’ve prepared an article that covers all fun facts about Nepal.

Nepal may not be the elite of all countries in terms of economic growth and infrastructure. But it surely is rich in history that Nepal came with so many intriguing and fun facts about nepal which we have listed below.

1. The only kind of Flag in the World

Nepal is a sole nation in the world whose national flag doesn’t pair with any other. Shaped in non-quadrilateral, it serves as both civil and state flag of a only sovereign country. The flag of Nepal is simply a mix of two adjoined pennons with a crimson background and blue frontier.

2. Birth-place of Buddha at Lumbini

Look for no other country than Nepal to feel the spirit of Lord Gautam Buddha. The initiator and spiritual teacher of Buddhism, Siddhartha Guatama was born-brought up in Lumbini, Nepal. The pilgrimage less birthplace of Buddha also marks the site where the ancient pillar of Ashoka with inscription was traced. This indicates that the emperor had earlier walked the soil of Nepal.

In the presence of Everest, avid mountaineers foresee Nepal as a living paradise. An eight out of ten highest mountains in the globe are there to serve climbers visiting Nepal. Sitting atop the list is Mt. Everest, which meets the needs of every trekker. As a host, it puts the mountaineer with extreme challenges involving Khumbu icefall and open crevasse .

4. Homage to bravery of Gurkha Soldier 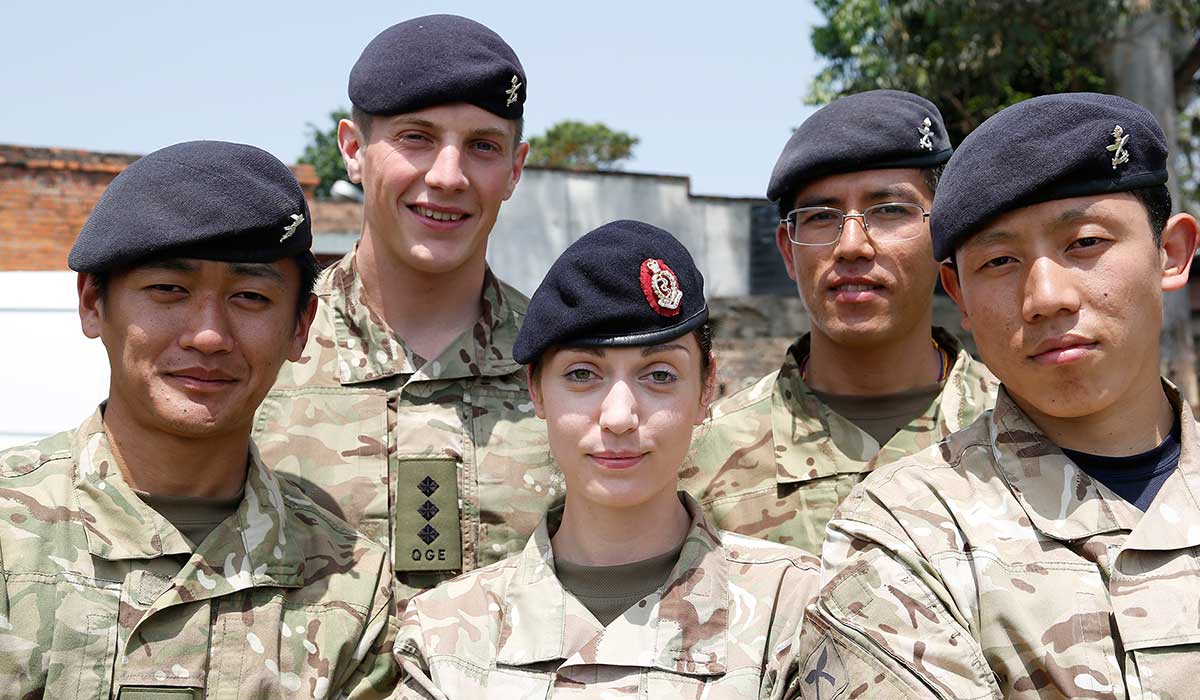 Nepalese troops specifically Gurkha soldiers are synonyms for courage. It was for their unconditional sacrifice and valiant effort, Nepal remained an independent country. From there, it didn’t take long for the world to recognize their unanimity and heroism in battle. Today, a brigade of Gurkhas serves in Britain’s arm force, making Nepal proud.

It won’t be wrong to say that Nepal is a melting pot of culture. It’s made of people with different cultures, races, ethnicities and religions, but all with a common identity, Nepali. Irrespective of national uniformity, you can still expect people here to speak different languages. Across the country, there are 123 languages spoken by people of varied ethnicity. So, traveling around the nation would mean a step close to learning quite a few languages and be multilingual.

6. The deepest Canyon in the world comes with charm

Looks like Nepal has won the race against a series of countries for the deepest canyon with Kali Gandaki. It’s the most stunning creation of nature with soaring hills on both ends and ridges. The actual depth of Kali Gandaki remains mysterious so far but reports are that it’s over 19000ft deep,

7. Ruling monarch is long gone but the Royal Palace still preserves the history

Until it was officially declared a federal democratic republic in 2008, Nepal was ruled by a monarch. It’s been over a decade for the tale now but the histories are recollected through the royal palace. Built in 1963, Narayanhiti Palace turned Museum possesses rich artefacts and statues from history.

8. Time in Himalayas can have people run into Yeti

Although there is no proof to it, rumors were that the abominable snowmen walked the snow terrain of himalayas. While the Yeti itself was never to be found, foot traces and other doubtful evidence was discovered by mountain climbers.

9. Division of Kingdom was past

This might put you into wonder but Nepal, unlike today wasn’t united in the pre-18th century. There was more of a divide and rule system with 54 fragmented states. It was Prithivi Narayan Shah who later unified the country, conquering all the small kingdoms including Kathmandu Valley.

10 National dish is no delicacy but fills the heart 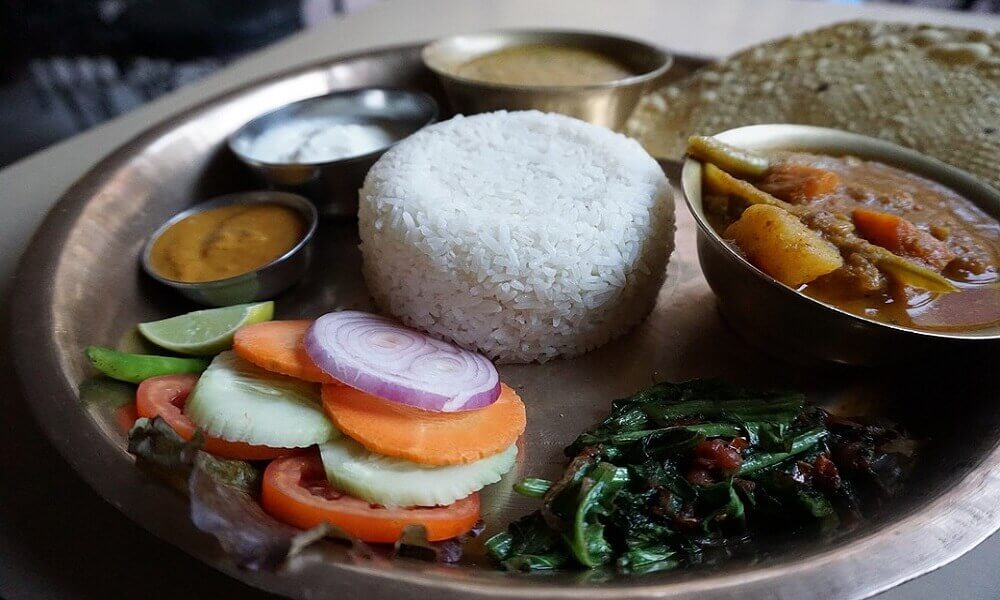 The traditional dish of Nepal may not be sophisticated but it’s certainly delicious. In fact, the food is a staple and source of living for almost all Nepalese families. The items included in the dish are steamed rice, pulses, stir-fry veggies and spiced pickle.

Nepal is possibly the only country where pilgrims visit living goddess Kumari to worship. The tradition started somewhere in the 13th Century where the young girls were chosen to be the goddess. Referred as devi, they are believed to have a divine power. This is possibly one of the most intriguing as well as fun facts about Nepal.

12. When world cup was more fun

Championship was meant to be enjoyed when Nepal was host of the Elephant Polo World Cup. Back in 2008, Nepal had staged the championship at Bardia National Park where they took on Scots. The outcome was definitely not the sweetest with defeat against Scottish national team but the Nepalese players were still warm and positive to the visitors.

Nepal rests on the border of two tectonic plates, Eurasian and Indo-Australian whose existing convergence often causes quakes. At the speed of almost 2 inches a year, the tectonic plate of Eurasia is reportedly converging with the Indian plate towards north-northeast.

14. 70 million years is too short for Himalayas to grow old

The formation of Himalayas mountain range takes back almost 70 million years and still it looks astounding. The mountain in Asia is also what splits Tibetean Plateau from the Indian subcontinent, reaching across five countries including China, Pakistan and Bhutan.

Nepal’s official calendar marks the birth of Bikram Sambhat in the 9th century. Widely popular amidst Nepalese people and some states in India, Hindu calendar applies solar sidereal years and lunar months. Georgian Calendar is roughly 67 years, eight and a half months behind the Lunar calendar which dates the new year in mid-April.

16. Embarrassment led to border shut down

Humiliating loss against Chinese during futile Nepal expansion effort hit the country hard. It led Nepal to end with the 1816 Sugauli Treaty after which the boundary came to existence. As an after-effect, Nepal kept itself far from foreign allies until the border was reopened in 1951.

17. National Parks are cool for all ages 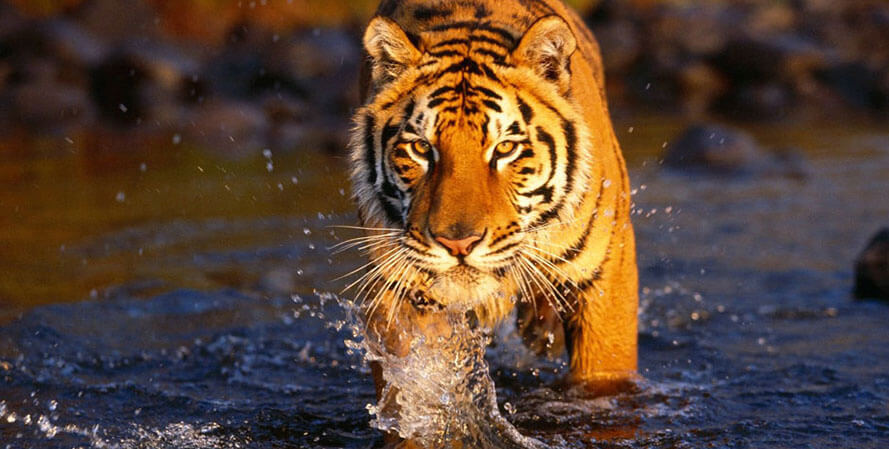 There is no better way to explore the unique vegetation and wildlife of Nepal than running through a national park. Most recognized of all, Chitwan National Park has the attention of every traveler, be it national or foreign. It provides visitors to see all sorts of rare wild animals including sloth bears and Indian pangolins.

18. Half of Nepal lives in a dollar per day

In Nepal, almost half of the population lives under the poverty line. As a result, each individual is compelled to live in about a dollar every single day.

It’s incredible how durbar squares and old museums in Kathmandu take people back to history. They keep reminding youth about the rich culture and heritage passed on by the ancestors from centuries old. The capital of Nepal is filled with their artefacts and craftwork including Kathmandu Durbar Square.

One of the most traveled and also the crowded cities of Nepal, Pokhara has a range of thrilling activities to offer. From ultralight flying to the longest zip lining and paragliding, trekkers can experience anything once stepped in the city. For enthusiastic trekkers, it provides both short and long hikes which includes the easiest Ghorepani Pani Poon Hill.