Home » Blog » Blog » A Guide to Everest Base Camp Trek 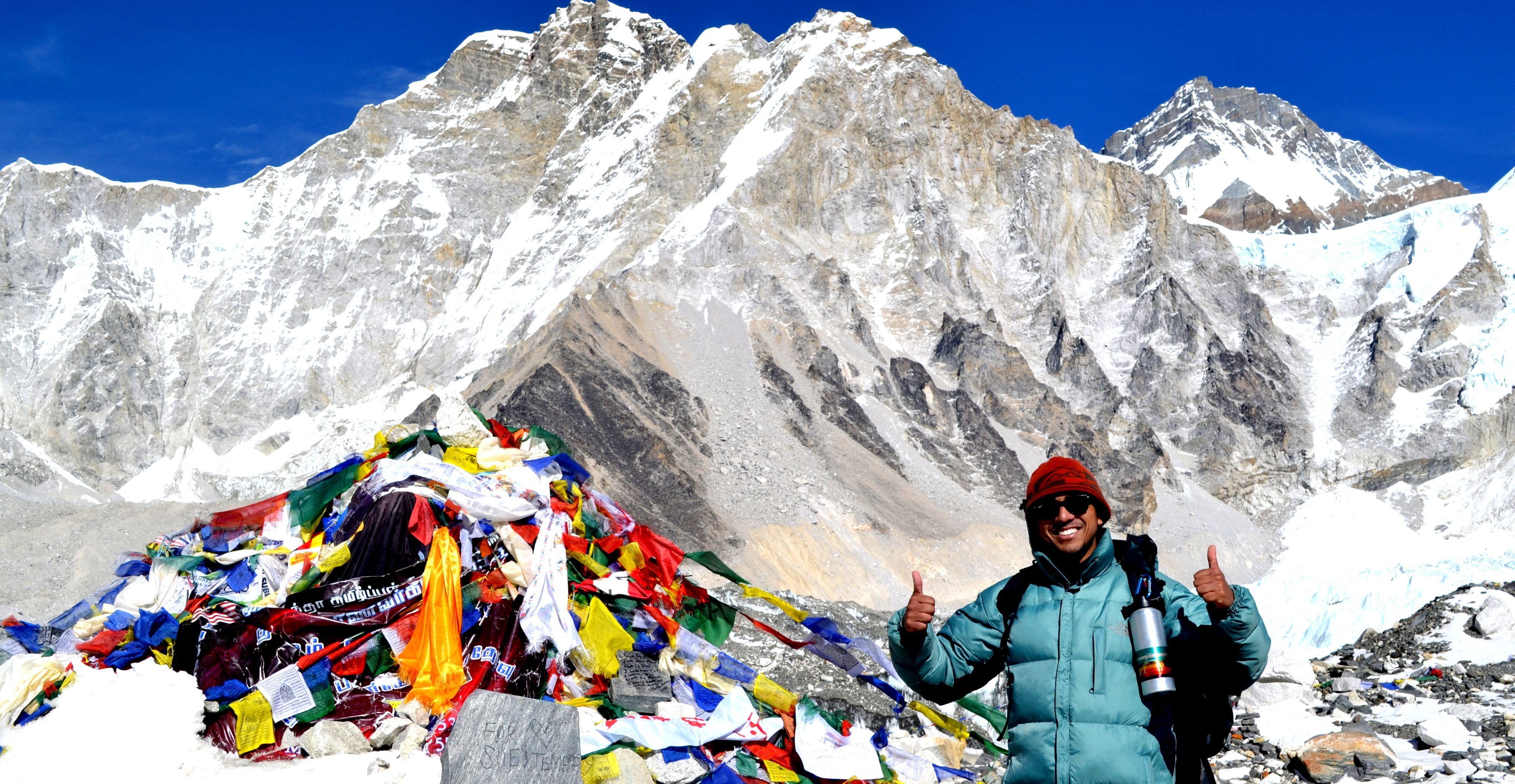 Mt. Everest (Sagarmatha in Nepali) is the highest peak of the world towering to an altitude of 8,848 meters above the sea level, in Nepal. To step on the foot of this celestial structure of the earth

comes under any climbers and nature enthusiast’s bucket list. One of the most popular expeditions in Nepal and the world, Everest base camp trek makes it possible to reach the summit while getting to explore nature at its purest form. This trek is more than just looking at the gigantic mountains in front; it is about the small hurdles you face while ascending and descending, that keep your adrenaline going. Initiating the whole trip from the beautiful Lukla, is a dramatic beginning in itself as Lukla already standing 2860 meters above mean sea level with usually wind blowing north at the speed of two km per hour.

The expedition normally takes 12-14 days including the flight day from Kathmandu  to Lukla. Trekkers depending on their leisureness complete the hike; some of them even take longer than two weeks. At the beginning, trekkers are joined by their guide and porters in Lukla. Sherpas are the official guides throughout the journey. During the climb, you will come across their unique culture and pristine lifestyle in the Himalayas. Trekking to the base camp of Mt. Everest is a strenuous yet a rewarding task. There are alternative routes to follow to the base camp. From Lukla to Phakdinng and to Namche Bazaar at 3400 meter elevation is a major market place in the village of Sherpas. Trekkers spend couple of nights resting in lodges here enjoying facilities like hot shower, good food and wifi before heading out to less communication zone with fewer supplies. Following Namche Bazar, Tengboche is another stop for your accommodation. Major attraction of this place is the old Buddhist Monasteries counting Tengboche Gompa built in 1916. Moving forward, each turning on the way to the base camp is sure to exceed expectations of trekkers with the steady rise in elevation. Trekkers go past another Sherpa village Dingboche whose major point of interest is the stunning Mt. Ama Dablam (6812 meters). Besides Ama Dablam, there are almost hundreds of other mountains where the three Cho Oyu (8188 m), Mt, Lhotse (8516 m) and Mt. Makalu (8463 m) are the listed eight thousanders of the world. Gorak Shep is said to be the only stop prior finishing your Everest base camp trek. Kala Pathar Summit (5643 m) allows a great close up views of Mt. Everest along with other two peaks Nuptse (7861 m) and Chnagtse (7543 m). At the height of 5300 m is where the Everest base camp is set. Two to three hours of climbing uphill from Gorak Shep finally brings to the Everest Base Camp. Trekkers finally get to relax and breathe a sigh of relief as more than half of the expedition is done here. Returning back, trekkers have option as to whether they want to go back the same route or try out the alternate.

The success of this trek entirely depends upon the choice of right season which is from March till May basically during autumn or spring. Similarly, your physical ability is another determining factor. You need to be fit mentally and physically in order to win this exciting marathon to the foot of the highest point of the planet Earth.

Day 13: Trek from Manjoo to Lukla

Day 14: Fly from Lukla to Kathmandu