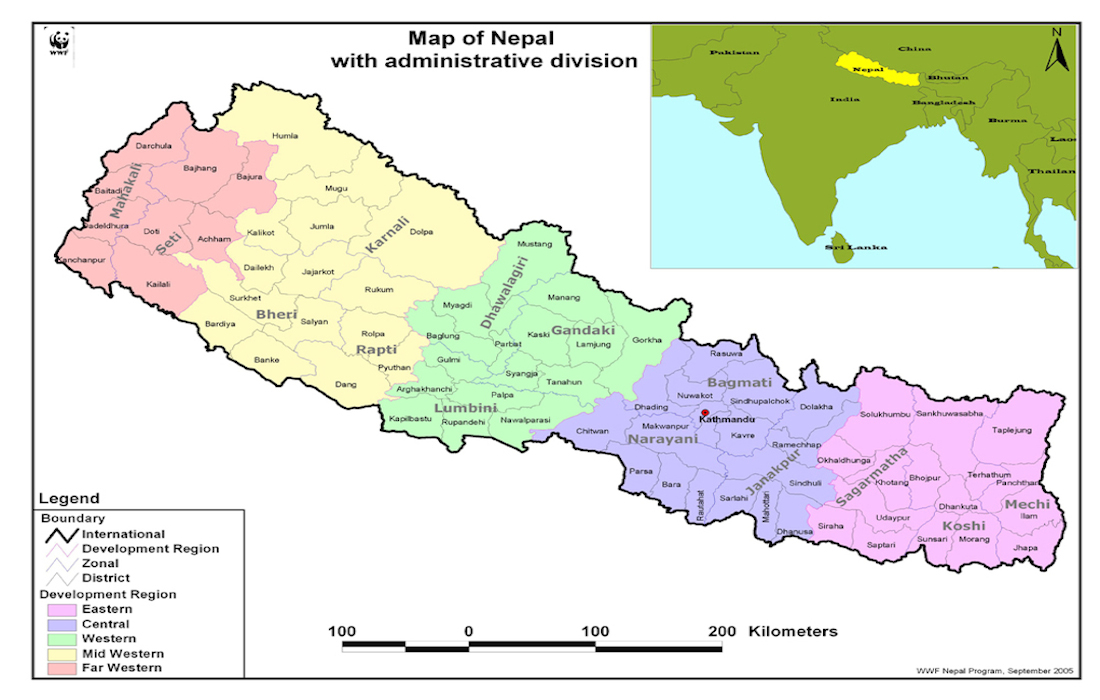 The first civilizations in Nepal, which flourished around the 6th century B.C. , were confined to the fertile Kathmandu Valley where the present-day capital of the same name is located. It was in this region that Prince Siddhartha Gautama was born c. 563 B.C. Gautama achieved enlightenment as Buddha and spawned Buddhism.

Nepali rulers’ early patronage of Buddhism largely gave way to Hinduism, reflecting the increased influence of India, around the 12th century. Though the successive dynasties of the Gopalas, the Kiratis, and the Licchavis expanded their rule, it was not until the reign of the Malla kings from 1200–1769 that Nepal assumed the approximate dimensions of the modern state.

Nepal is blessed with rich natural attributes and sophisticated cultural history. More than anything else it is the birthplace of Buddha (light of Asia) who led the world towards peace and serenity and the land of Mt. Everest (Sagarmatha ), the top of the world. It is a sovereign, independent Himalayan kingdom with India in the east, west south and with the Tibetan autonomous region of p.r. china in the north.
Nepal is the land of remote mountain villages where people survive by growing their own food on the thousand of hill terraces that scale even the steepest lopes. It is well known as a mystical land of unparalleled verities with the altitude of 70m above the sea level in the south & 8848m height of in the north. This vast diversity in altitude is reflected in our unique culture.Nepal is in Southern Asia, between China and India. It covers total area of 143,351 sq km and its boundary is 2,926 km long in total, bordered by China 1,236 km and India 1,690 km. It is a landlocked country.

The weather and climate varies from hot summers to severe winters. Nepal has varieties of lands as it has weather and people. The land starts from 70m from sea level from Kanchan Kalan in Terai and passes though hilly region to the world’s highest point Mount Everest at 8,850 m.

Nepal is known for its natural beauty and it has its own cultures. It has more than 70 ethnic groups and more than 60 different languages are spoken in different parts of Nepal. Nepali is the national language of Nepal. People practice several religion. Till now Hinduism and Buddhism have the largest population.