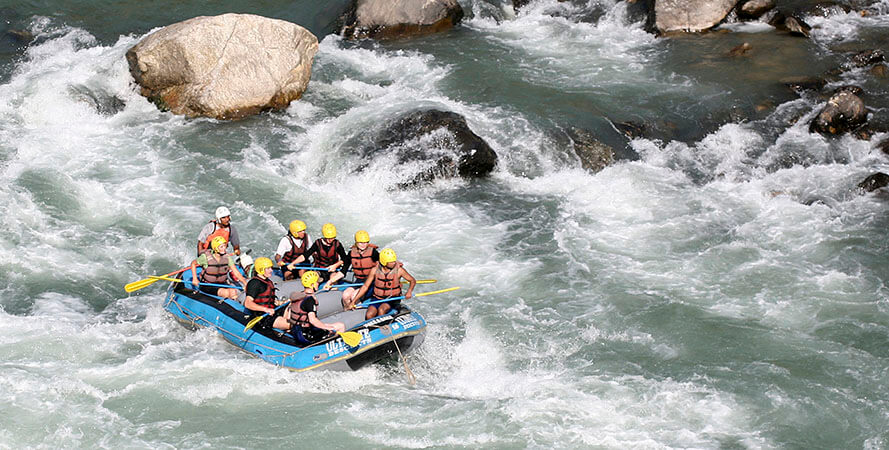 Sun Koshi River is a clean, blue and beautiful river of Nepal without enormous rapids that is suitable for both beginners and experts. The river flows about 270 km through Nepal’s remotest areas leaving civilization behind. The Sun Koshi River Rafting can be completed within a day or two or more according to the available time frame. Staying overnight at one of the scenic lodges of Dhulikhel is the perfect way to accomplish this trip so that we can additionally enjoy the panoramic view of the Himalaya and a spectacular sunrise in following morning before heading off to the river whereas the half day trip takes rafter through forested valleys, stunning white sunny shores and additionally permits scenery of the distant snow-capped mountains.

The excursion of Sunkoshi River starts from the Balefi Bazaar that lies about a three-hour drive from Kathmandu and a two-hour drive from Dhulikhel. Soon after heading down the river there are wide white beaches, few class 1 rapids, scenery covered in greenery and sightings of monkeys, mongoose and deer. This most enjoyable trip ends at the famous beach spot of Nepal, Dolalghat.

Amid your occasions among September and January, enjoy a  reprieve and experience best of rafting on the planet on Funakoshi river(golden stream). situated at eastern Nepal with great street association from Thruway, and Dolalghat being the placed in point and Chatra being taken out: pontoon on brilliant stream with marvellous views, energizing rapid, sand shorelines campgrounds the ideal multiday (10 days)boating trip in Nepal.

Day 1– Dolalghat – Khalte Chayenpur
After a three-hour drive from Kathmandu, Dolalghat is reached, which is the put-in point on the Sun Koshi River. After the usual briefing and preparations, the trip is on. The river looks deceitfully peaceful and lazy and soon local villagers are encountered. Lunch stop is at a lovely sandy beach. One of the rapids encountered along the way on the first day is Kooyeh Bhir. There are villages and temples on the way until campsite is reached a few kilometers above rapid Meat Grinder. While some opt to help the crew to pitch up tents, others can spend time exploring the surroundings.

Day 2 – Khalte Chayenpur – Likhu Khola
The second day begins more promisingly as two hours down the river lies the first Class III rapid, Meat Grinder. The path to choose is straight through the middle avoiding holes on either side. A few kilometers down and the confluence of the Tama Koshi or “River of Copper” and Sun Koshi is encountered. After a lunch stop, there is ample time to explore the landscape and see different ethnic groups along the river. The second camp is set up above the rapid Punch and Judy. The day ends with a dinner by campfire.

Day 3 – Likhu Khola - Harkapur
The valley here is always changing in terms of its width. At Bat Cave, the crew takes the rapid seriously. The size of the rapids on this river can surprise you. It is time to stop and scout and eventually decide on the most exciting route through. Here people of the ethnic group called Newars always wait to see the adventurers pass by. Floating down after lunch, the water splashes across the boat but the waves are no threat. Later, a nice stretch of sandy beach is chosen for the campsite. The monsoon floods deposit large amounts of white sand which seem ideally made for camping.

Day 4 – Harkapur - Rasuwa Ghat
On day four, the surroundings change noticeably as the canyon gets narrower and the vegetation gets thicker. A number of small to medium sized rapids are encountered. A few kilometers below theconfluence of the Likhu Khola a long Class IV rapid named Likhu Rapid is encountered. Soon after lunch the ride takes one across interesting rock formations on the walls. The white water gets more exciting and the day ends at a campsite near a small village called Harkapur. For a change it is possible to visit a local tea shop and even shop for wares.

Day 5 – Rasuwa Ghat - Jungle Corridor
On day five there is mounting excitement as the biggest rapid is to be encountered. Everyone is looking forward to it. There are early signs as the river picks up speed. The rapid Harkapur II deserves some respect. After careful scouting, the team faces the challenge and the boat goes through. An hour and a half float downstream, the confluence of the Sun Koshi and Dudh Koshi rivers is encountered. Going further downstream, the river valley broadens to almost 2 kilometers across. In the afternoon run, a number of small rapids are crossed on the way. The next stop is near Rasuwa Khola.

Day 6 – Jungle Corridor - Big Dipper
This day is full of thrills as there are many rapids to face today. Beginning with small rapids, they get progressively bigger and longer. One of these is Jaws, a challenge with a huge hole at certain levels. Even the smaller ones are fun and the afternoon is full of them until Rhino Rock, a Class III rapid is encountered. This lies just above the next bridge and heralds the beginning of the “Jungle Corridor”. It is then time to halt for the night and set up camp.

Day 7 – Big Dipper - Tribeni Dovan
The gorge forces the water to flow through a narrow opening which is thickly forested. Along the way are a succession of rapids such as Cooper Chin and Black Hole, etc. Today there is an opportunity to shower under some waterfalls, an invigorating experience. As the gorge is maneuvered, rapidly changing scenery unfolds. Camp for the night is set up near a waterfall that drops down from a height of four hundred feet. This site is a few kilometers from the last major rapid, the Big Dipper.

Day 8 – Tribeni Dovan - Chatara (Dharan)
On Day 8, everyone is looking forward to the Big Dipper. This rapid is a series of standing waves with holes that can create quite a bit of trouble. This must be inspected carefully and the right strategy adopted to tackle it. Soon the waters ease out and the afternoon float is enjoyable. There are many spectacles today; watching cremations, logging of bamboos or people being ferried across in dugouts. This region has a strong presence of the Rais and Limbus who are collectively known as Kirants, descendants of ancient rulers of Kathmandu valley. The confluence of the three main rivers of eastern Nepal: Arun, Tamur and Sun Koshi is a good camping spot. The river then becomes part of the Sapta Koshi (the Seven Koshis).

Day 9 – Chatara - Kathmandu
The last day on the river starts with a visit to the popular Hindu temple at Barah Chhetra below Tribenighat, which is the meeting place of the three rivers. Full moon here in January brings thousands of Hindus who come to worship at the temple. The pilgrims arrive to celebrate Lord Vishnu’s victory over a legendary Demon. After lunch on the beach, the fabulous Sun Koshi river trip ends at Chatara and the drive back begins with fond memories of the nine-day journey through gorges and challenging rapids. About 2 pm we leave for Kathmandu. 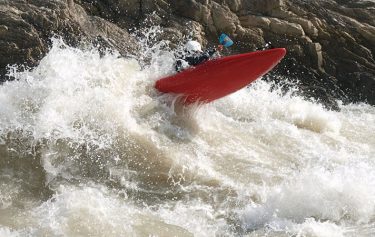 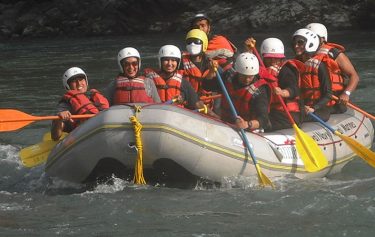 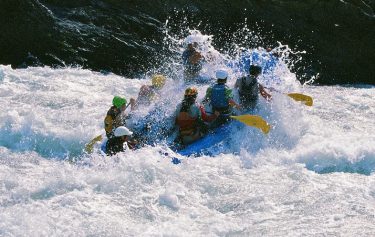 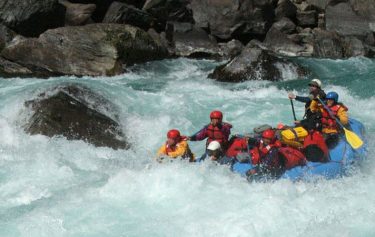 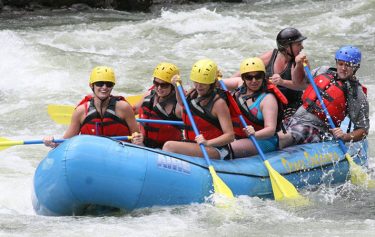 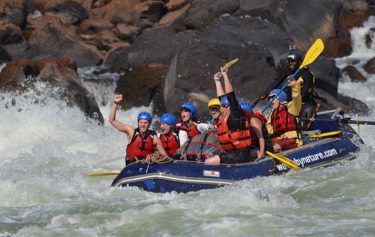