Fishing in Nepal has been taken as a recreational activity and a way to connect with nature for decades. Over and again, people turn towards the sport and take it as a way to reunite with the closed ones and buddies.

However, fishing has become more an adventure now with anglers seeking new and exotic rivers hoping to find different species of fish, unique in nature. And Nepal, being one of the richest countries in freshwater resources, has ample rivers and rapid streams with a variety of fishes.

Surprisingly, most of these rivers come to origin by feeding up the glaciers and snows of the Himalayas. It’s why the rivers here are clear blue and makes perfect for white water fishing and rafting in Nepal.

Up until now, more than 200 species of fish have been reported in Nepal. The most common and popular fishes found in the rivers of Nepal include Murrei, Golden Mahseer, Giant Catfish and Sahar.

Since these rivers are fast-flowing with strong currents, they provide you with adventures like rafting and kayaking. You can enjoy the sports anytime and around any day of the year.

With more than 30 species of fish to offer, Tamur makes the finest destination for every avid fisher. The river has been a natural habitat for as many genus of fish as Goonch, Golden Mahseer, Jalkapur and Himalayan trout where they feed and grow.

Like most rivers in Nepal, Tamor too drains the glaciers from Kanchenjunga and forms the river. Later, it flows all the way to it’s confluence in Sunkoshi before coming to form Saptakoshi.

Hence, you can travel anywhere from Chimra to Ghangheri or Mai Beni in Biratnagar to catch the fish. Apart from that, you can also have a fun-filled adventurous day in Tamor river by signing in for a rafting trip.

Why travel Tibet to watch the Sun Koshi River when it’s already a part of the Koshi system in Nepal. Known as a trans-boundary river, SunKoshi originated in Tibet before entering Nepal and joined by Indravati.

The river is quite popular with White water fishing and is home to varied species of fish including Asala, Silver Mahseer and Freshwater Eel. It only takes two to three hours of drive from Kathmandu to reach the first location of Sun Koshi.

Besides fishing, the river is used for insane adventures like rafting which can be most enjoyed during spring or autumn. Dolalghat is one of the prime locations and most nearby from Kathmandu for fishing in the SunKoshi River.

It might be a small tributary of the SunKoshi River but Balephi in itself is famous for a white water fishing and rafting trip in Nepal. Its sweeping white water with unreal scenery has tempted water enthusiasts for several years and still continues to do so.

The origin of the Balephi River has been from the glaciers and snow fields of Mt. Dorje Lakpa in the southern slopes. But, you won’t need to travel all the way to Langtang as the closest point of the river is just 73 km away from Kathmandu.

The river is a place of habitation to both exotic and common fishes like Trout, Catfish, and Mahseer. Since it’s located on the hillside, Balephi offers a magnificent view with dense forest on the other side.

With scenic beauty, diverse aquatic species and splendid white water, Seti Karnali exceeds some of the best rivers in Nepal. Since many years, the river has been a prime focus for people inclined into water adventures such as rafting and kayaking.

Other than the extreme sports, the river favors avid fishers providing them a varied species of fish to catch. A significant number of fishes found on the rapid water of Seti Karnali in the years include Bokar, Golden Mahseer,Sahar and Catfish.

Seems like Bhote Koshi River has something to offer every water sport fanatic. It  was already an ideal spot for rafters and now Bhote Koshi also makes a fine place for fishing.

It’s one of the steepest and fast-flowing rivers in Nepal which springs up from the mountains of Tibet. The river is the most exhilarating and sought-after fishing site with Golden Mahseer, Murrei, rainbow trout and carp to be found.

With so much to grab in return for fishing, Bhote Koshi River no doubt is much more fun than it looks. The river is a natural paradise with stunning landscapes and green forest to glance at throughout fishing. If in case, you’re fed up with catching fishes then you can have the pleasure of rafting. 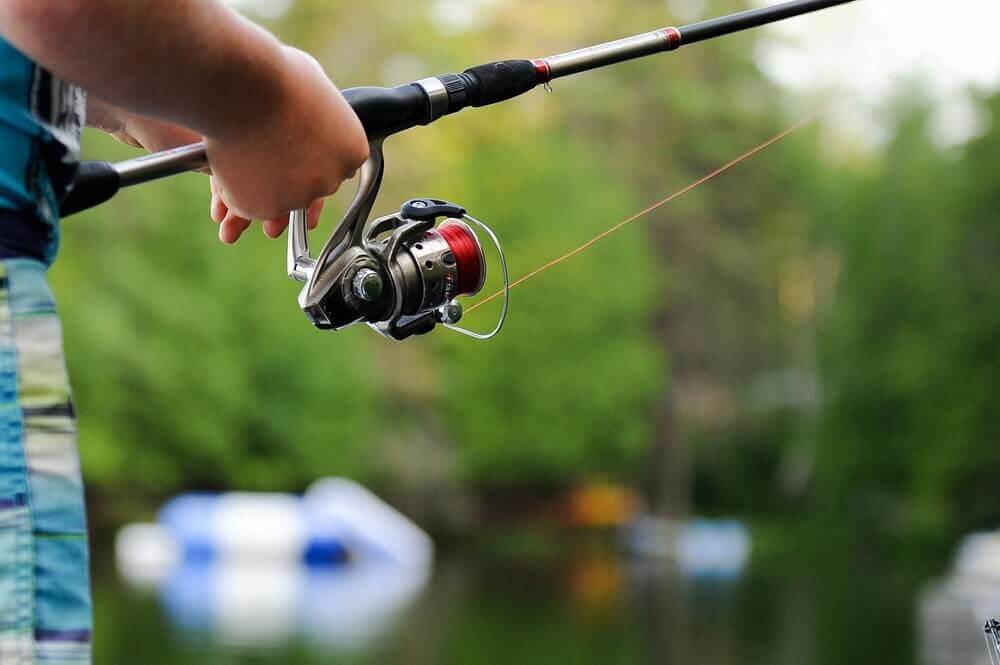 Fishing is one of the great ways to spend vacation with families and close companions. You can enjoy the spectacular scenery bestowed by nature and simultaneously talk about the good old days with your buddies while fishing. However, to even start off the fishing, you’ll have need of basic fishing gears that we’ve apparently listed below:

The length of a good fishing rod varies from 6-12ft so you can choose any one within  and from the brand you like most. There are different fishing reels available in the market as per the type of fishing including baitcasting and fly reels. So, before purchasing make sure that the reel suits the type of fishing you’re into and that it’s stiff and durable.

Lines and sinkers are another prime tool for fishing. The first one is basically a cord used to convince the fish and get it in the hook. Meanwhile, the latter is used to improve the casting distance and maximize the sinking rate of the hook.

Most professional anglers prefer the fishing line to be green in color as it easily hides in the water for fish to see. But it’s definitely not the requirement as you can have any colored line but what’s important is to have a monofilament fishing line which is more flexible and resistant to stress.

Fishing Bait has been used by anglers for several years to tempt fish until they come to attach to the hook. The most common fishing bait used by fishers for years are worms, nightcrawlers, and insects. Natural baits like shrimps and crayfish are equally able to grab the attention of different species of fish.

Fishing Lures are the artificial bait used to mislead fish and grab their attention before catching them. They are designed to look like natural bait but with a hook which is fastened to the lines so that fishers can capture the fish when it comes to take the bite. The modern fishing lures are made from different materials such as metals, wood, plastic and cork.

Sometimes you might not know if the river you’re into is even appropriate for fishing or not. In such a case, you can take help from a Castable fish finder and know if there is enough fish in the water. Fish finder is a sonar device used to track the fish inside the water and transforms the energy into an image of fish on the screen. You might want to check: Best Fish Finder Under $300